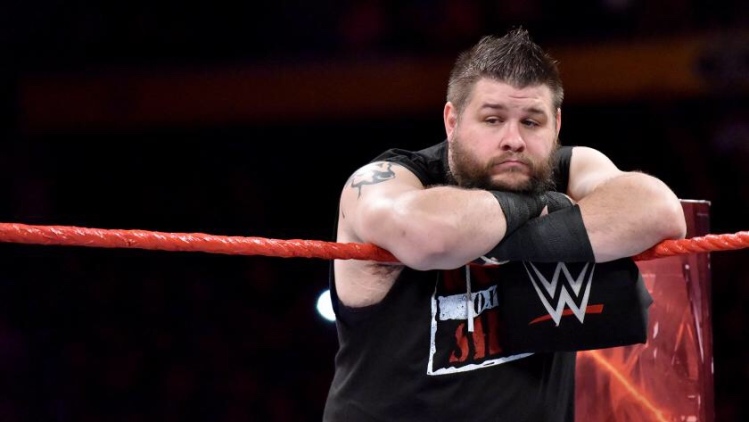 We are only a few days removed from the end of the 2018 installment of the Backlash PPV. At least I’m assuming it ended a few days ago, as I took my old ass to bed following the WWE Championship match. It was at that point I realized that I am quickly becoming a cranky old man when it comes to my wrestling. Before too long I will be sitting on the front porch, yelling at the neighborhood children to get off my lawn, all the while waxing poetic about the “good ‘ol days” when men were men and Stone Cold Stunners were a dime a dozen. At 36, I know I am far too young to feel this way. However with the way the current product is presented, as well as the way some fans behave, I have found it is just easier to embrace it.

Up until the middle of last week, I was going to attend Backlash in Newark. My friend had purchased the tickets when the originally went on sale, and after WrestleMania 34 made him immediately regret that decision, he asked me if it was alright to put the tickets up for sale. I had no issue with this whatsoever on many levels. It is always a throwaway PPV that recycles Mania matches, and with the added “Greatest Royal Rumble” show, this year was worse than others. Not to mention from where I live, Newark is a bitch to get to. I would be much happier sitting at home, drinking not $10 beer, and being able to turn it off whenever I felt the need to. Thank you WWE for proving that I made the right decision.

Now I refuse to sit here and break down this show match for match. It would be a waste of time. My main takeaways from Backlash have a lot to do with the WWE as a whole. They seem to be ignoring the glaring issues that hamper their ability to put on a cohesive and entertaining show. The action in the ring isn’t the problem. Having never set foot in a ring I wouldn’t dare question the men who put their health on the line for our entertainment. What I will question is how these shows are constructed. I am a paying customer dammit and I’m angry and now you are going to hear about it!

A big complaint I see amongst fans is that these PPVs are too long. WrestleMania this year, if you include the pre show, topped out around 7 hours. Backlash, a non-major show, was 4 1/2 hours with pre show. Now I love wrestling, but when you factor in 6 hours of programming a week(if you include NXT), it can be a little overkill. The great part about PPVs back in the day were that they all came in under 3 hours. The fact of the matter is the WWE wastes so much time on non-essential junk in between their matches. During Backlash, 5 of the 8 matches on the main card had a video package that averaged around 3 minutes. Why do they treat the fans like idiots who don’t watch their weekly programming? Not every match on the undercard needs a hype video! Furthermore, they showed 5 commercials, mostly for the WWE Network. Who are these ads for? We are already watching you! Throw in the 20 minute segment with Elias and everybody else who didn’t have a match that night and you’ve wasted almost an hour on superfluous nonsense. This is inexcusable considering the bell for the main event didn’t ring until AFTER 11 o’clock eastern time. With no cable operators to answer to anymore these shows can go as late as they want without consequences. In a world where everybody gets neck strain staring at their smartphone, how can you expect your fans to focus their attention on the ring, when there is nothing going on in it?

So what about when there is action in the ring? One of my dear wrestling Twitter friends, Myron(from the Tapped Out Wrestling Podcast Network), made the point that the matches are too long as well. Combined with the delays between matches, watching events like this feels like a chore. I decided to put these theories to the test and compare Backlash to show from the Attitude Era. I chose the biggest event from 20 years ago, WrestleMania 14. Keep in mind this is not a great Mania, but boy was it efficient. If we take out the pre-show and it’s match from Backlash, both shows had 8 matches. Yet, Backlash clocks in at 3 1/2 hours, WM 14 was a speeding 2:45. It still had video packages and interviews before most of its matches, but they averaged about a minute less than the ones this past Sunday. My buddy Myron was right, the matches are longer! Bouts at WM 14 averaged just over 11 minutes, Backlash was over 13! 3 of those matches on Sunday went over 18 minutes, only the main event did that at WrestleMania. These numbers baffle me. You have a product that caters to people of all ages, including children. You have to speed up the show if you want to hold their attention. I fell asleep during WrestleMania this year. I fell asleep during Backlash. It must be the WWE’s fault, because I doubt I have wrestling narcolepsy.

During the Monday Night Wars, as WCW Nitro or RAW would draw to a close, it would always leave me wanting more. I hate to say it, but I now find myself waiting for some of these WWE shows to end! As fan, I want to be taken on an adventure. I want to count the hours until RAW and SmackDown start. I want to be excited for what is next to come. I love you product, but I have a life too. I shouldn’t take me 2 days to get through your biggest show of the year. The big discussion in baseball now is pace of play, and fans losing interest. WWE is straddling this fence. If they keep this up, I’ll be more than happy reliving the glory days 2 hours at a time.